How to Punch Harder – 4 Simple Tips

How to increase power in your punches

One of the most commonly asked questions by beginner boxers – how to I punch harder?

Increasing power in your punches is not a straight forward as you might think and requires a lot of technique and nuance.

Whether you’re a beginner boxer looking to hit harder, or a coach wanting to help your students improve their boxing skills, read on to learn Punchfit’s top 4 tips for generating power in your punches. 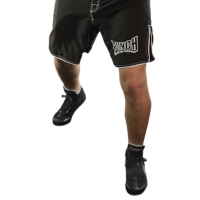 The most important factor when throwing with power is undoubtedly your feet.

Where you position your feet, how far apart you keep them, how low you stand, your centre of balance – these all play a major role in generating power. This is something you can easily notice yourself right now. Try and throw a power punch whilst standing tall and keeping your feet close together. Now try again while keeping a wide, low boxing stance. It’s an obvious difference but one that’s easily forgotten by beginner boxers, especially when trying to hit a moving target.

If you want to hit with maximum power, ensure you position your feet in the right position before you throw. 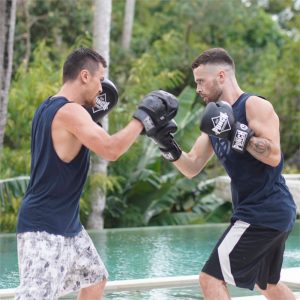 It’s normal to think that you need to tense up your whole body in order to throw with power. But in fact, this is mostly doing the opposite and inhibiting your ability to hit hard.

When you tense up, you’re not only activated the muscles used in throwing the punch, but also the antagonist muscles too, inhibiting your ability to throw quickly and effectively.

Remaining loose and relaxed also aids in our next tip… 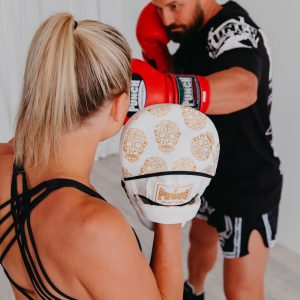 Speed alone does not necessarily equal power, but it is half the equation.

Power = mass x acceleration. The more acceleration your can generate which each punch, the more power you will deliver.

How do you increase speed in your punches? There are a number of ways to do this. Strength & conditioning plays a major role in increasing your fast-twitch muscle activation. However, the most effective way to increase speed is repetition. By drilling technique, you are increase neuronal activation of the muscles required in throwing the punch.

If you want increase the speed of your jab, for example, drill the technique over and over until you develop more speed. 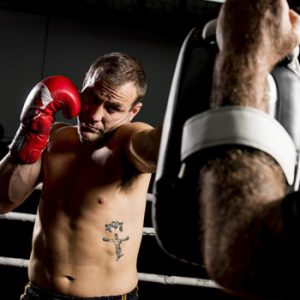 4 – Use your entire body

Last, but certainly not least, is put some mass behind your punches.

Another common mistake among beginner boxers is throwing solely from the arms, without putting your body weight behind your punches. Even a smaller boxer, who throws with correct technique, can hit with much more force than a larger boxer throwing without proper technique.

Knowing how to transfer your bodyweight into your punches is crucial to throwing with power. Starting from the feet, ensure you pivot your lead foot, allowing your hips to rotate with the punch and subsequently rotating your shoulders & upper body into the punch as well. This way, you are not just punching from the arms but instead are throwing with your entire body.